Book review : The Woman Behind the Waterfall

October 02, 2017
The Woman Behind the Waterfall 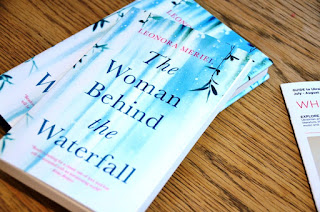 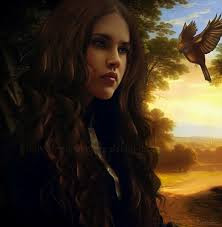 The novel spans the life of three generation of women from a family, the Mother, daughter and granddaughter, who are caught in the vortex of their daily lives and a strain of mysticism that engulfs the women. The novel adopts a multiperspective narrative that is at once beautiful and intriguing. Lyuda, in her teenage passion s begotten with a child and her dreams of spending her life with her love is shattered as he pulls back weighed down by family struggles and fear. The language is, in itself a work of art that embodies in it the touches of magical realism that he author has so very brilliantly mad use of.  The connection that the three women share with nature is similar to the one of an eco-feminist perspective, where the link is so strong that at times they are themselves an element in nature as such. Lyuda earns for a transformation or an alternative life that she has so wistfully yearned for in her past. That transformation and alternative life are made possible through and by her daughter and once again she is stuck in the indecision of which to choose. The work is a symbolism of ordinary life of women who gets split up from her parents with marriage and once again her relation with her husband cannot be focussed upon with a child to look after. All these relations are, but, only transient compared to the long deep connection that enables a woman to be a part of nature, as pure and pristine as nature can be. This philosophy is deeply dealt with in the book where the transformation undergone by Angela, the granddaughter is mesmerising and fantastical. The narrow line that skilfully divides the novel from being a fantasy fiction and enrolling it along the magical-realism line is the vivid portrayal of life an reality that, like splashing cold water keeps on pulling us back into the dreamy cocoon woven by the exquisite details portrayed in a broken, yet lavish depiction by the author. The novel, because if its style and the theme it deals with struck me almost instantly to share a place in my heart with the Paulo Coelho book, The Witch of Portobello. Immensely beautiful and subtly magical, this book was a pleasant read, instilling memories in me that wasn’t my own, and driving my attention towards the little, enchanting details around me that could have been heavily indulging, have i let myself be absorbed into it like Angela. There was only more gained and an encouragement to sharpen my senses to truly savour the beauty and life around me that i have received from this book, apart from the well knit story in an irresistibly beautiful language.

Heartbreak and transformation in the beauty of a Ukrainian village.
For seven-year old Angela, happiness is exploring the lush countryside around her home in western Ukraine. Her wild imagination takes her into birds and flowers, and into the waters of the river.
All that changes when, one morning, she sees her mother crying. As she tries to find out why, she is drawn on an extraordinary journey into the secrets of her family, and her mother's fateful choices.
Can Angela lead her mother back to happiness before her innocence is destroyed by the shadows of a dark past?
Beautiful, poetic and richly sensory, this is a tale that will haunt and lift its readers.
Goodreads * Amazon * Barnes & Noble

Reviews for The Woman Behind the Waterfall

“Readers looking for a classic tale of love and loss will be rewarded with an intoxicating world” ~~ Kirkus Reviews
“The language is lyrical and poetic and, in places, begs to be read repeatedly for the sheer joy of it… A literary work of art.” ~~ Fiona Adams, The Richmond Magazine
“Rich and poetic in detail, it is an often dreamy, oneiric narrative rooted in an exaltation of nature… A lovely novel.” ~~ IndieReader

Leonora Meriel grew up in London and studied literature at the University of Edinburgh in Scotland and Queen’s University in Canada. She worked at the United Nations in New York, and then for a multinational law firm.
In 2003 she moved from New York to Kyiv, where she founded and managed Ukraine’s largest Internet company. She studied at Kyiv Mohyla Business School and earned an MBA, which included a study trip around China and Taiwan, and climbing to the top of Hoverla, Ukraine’s highest peak and part of the Carpathian Mountains. She also served as President of the International Women’s Club of Kyiv, a major local charity.
During her years in Ukraine, she learned to speak Ukrainian and Russian, witnessed two revolutions and got to know an extraordinary country at a key period of its development.
In 2008, she decided to return to her dream of being a writer, and to dedicate her career to literature. In 2011, she completed The Woman Behind the Waterfall, set in a village in western Ukraine. While her first novel was with a London agent, Leonora completed her second novel The Unity Game, set in New York City and on a distant planet.
Leonora currently lives in Barcelona and London and has two children. She is working on her third novel.