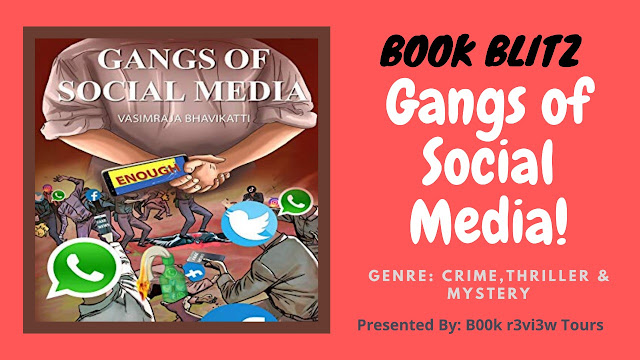 'Gangs of Social Media' mirrors the present-day cyber scenario throughout the world - Our lives are taken over by Social Media and we are hopelessly enslaved by our apps and devices which continuously inundates us with a staggering mass of fake and modified news!

This story follows India’s one and only Forensic Cyber Psychologist, Professor Fabulous who is summoned by the National Cyber Defense of India to hunt down the mastermind behind a cyber-attack on social media users, who intentionally or unintentionally spread fake news.

Will this be the end of fake news? Or the end of social media itself!? 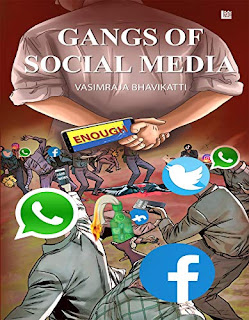 Gangs of Social Media is a crime mystery thriller set-in present-day India. The story spans over a time period of 12 hours when Mr. RAJPUT, Deputy National Cyber Defense Chief teams up with PROFESSOR FABULOUS, India's only Forensic Cyber Psychologist, to hunt down the MASTERMIND of the worst cyber-attack of all time on SOCIAL MEDIA users, who often indulge in broadcasting FAKE NEWS.

The story begins with three nameless youths in three metro cities of India - Bangalore, New Delhi, and Mumbai. All three of them, heavy users of WhatsApp, Facebook, and Twitter to solely spread FAKE NEWS motivated by aimless emotion, blind political affiliation, and money.

But on that very day, all the social media users who have been spreading fake news with whatever intention, indifferent to the consequences, will have to pay a heavy price! A ransomware (computer virus) disguised in the form of a WhatsApp message or Facebook post or as a tweet is circulated and as usual, and unawares the users start sharing the message. The moment the users share fake news, their device will hang, and a message will be displayed, demanding a ransom of Rs.1,00,000 to be paid within 12 hours as a consequence of sharing fake news! If users fail to pay the ransom, the devices will be destroyed and all the data on the device will be made public.

Professor Fabulous and Mr. Rajput who shares a bitter past have to put their personal differences away to ensnare the culprit behind this cyber-attack. Gangs of Social Media sounds dangerous but there is not much to be worried about as Professor Fabulous is fabulous at his job.

As the book trades us through the process. It takes us from one person to the other. The end is what the reader must discover herself or himself. It’s the most surprising the realistic climax and leaves the reader with few open-ended questions.

Check out the sites where you can get the book from : Amazon India | Amazon USA

Here are a handful of interesting Quotes from the Book:

"Fake news existed in the past and will continue to exist until human civilization exists, there is no escape from it… "- Professor Fabulous

"Three greatest inventions of the 21st century. The Smartphone, the Internet, and Social Media. The device, the medium, and the platform. The holy trinity of Fake news Empire." - Professor Fabulous

Let’s have a look at The Author:

Vasimraja was born on 29th February 1984, in India.  He currently lives in San Francisco Bay Area, California USA. He started reading fiction novels at the age of eight after overhearing a story narration of Sherlock Holmes by his father. He grew up in different towns of Northern Karnataka State before his family relocated to Dharwad, the literature capital of Karnataka where he met celebrated playwright and author, Late Girish Karnad. He was greatly influenced by Karnad’s writing and personality.

Vasimraja works in the field of semiconductor engineering and has two patents on semiconductor memories. He is an avid reader of English, Kannada and Hindi literature.  He presents the most complex ideas in a very simple form, leaving a lasting impression on readers. 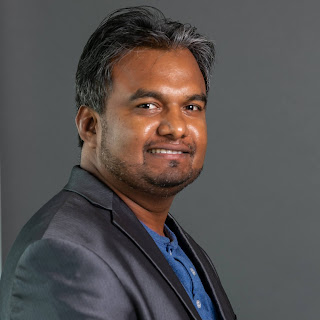