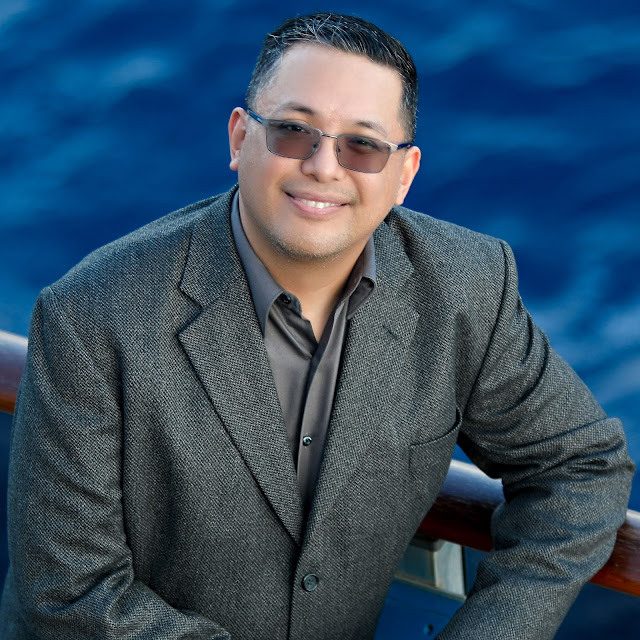 Charmeljun Gallardo is a former Radiologist and author. His first book is Ready for the World young adult book series. He graduated from San Francisco State University with a Creative Writing degree in 1996. He is a writer, photography enthusiast, sports fan, movie geek, stroke survivor, and an adventurous foodie. He lives in San Diego, California with his wife and son.

''I was still in high school when I first came up with the idea of writing a book. It began as a personal journal before I put it in narrative form. At first, the stories were like wish fulfillment. I changed events here and there to have things be better for my lead character. He was never at fault and like Mary Poppins, practically perfect in every way. In other words, he was boring. But again, I was young. I was as green as a blade of grass and my stories were just as thin.

It was when I got to college when everything changed. I knew how to write, but didn’t know about the craft. Writing is more than descriptions, plot, and setting. It was about how all of those things work together to create a theme and atmosphere. And most importantly, a writer needs to have the audience see, hear, and feel what the characters do so that it resonates with them.

And because of that, I nearly quit.

I would read what my fellow students wrote and saw how well they crafted their stories. Their stories were immersive and nuanced, full of interesting characters, and colored with vivid descriptions. And mine didn’t feel much different than my high school stories: amateurish, unsophisticated, and dull.

I came to see my professor that I didn’t have what it took to be a writer. I was going to find another major or move back home. She said she would honor my request, but not before I tried again. And then she told me to “let go.”

It didn’t matter what the other students were writing or what kind of world they’d built. It only matters what my story was. She would be there to help me craft it. She said that everyone had a story and it didn’t matter what it was about. But I had to be the one to tell mine.

I came back to these nearly twenty years after I first wrote it. I cringed at all the clichés and the stilted dialogue, but I thought the bones for a good story was there. I wanted to make sure that the music, movies, sports, celebrities, and fashion that I referenced were within the time periods in the book. The same went for the slang and language. I know that a web search for 80’s slang will bring up “gag me with a spoon” or “tubular.” But that’s not how my friends and I talked. It was important to me that the characters used the slang we used then and just as important to not include the slang I use now.

And lastly, I wanted my characters to be smart and witty, but fallible. They are too old to be thought of as children but too young to be fully judged as adults. Teenagers are curious, emotional, and impulsive. And they’re also capable of incredible acts of charity, beauty, and creation. But that’s what being a teenager is. That’s the time to succeed and fail, reach highs and lows, love and lose, and do it all over again.

And hopefully, as adults, that’s a lesson we’ll keep going with us. ''

Catch up with Charmeljun Gallardo On

We are giving away 2 Amazon Gift Cards worth 500/-. Follow the rules to enter:

a Rafflecopter giveaway
We will randomly draw the winners by 01-Sep-2020, who will be notified via email, as well as featured in Author Charmeljun Gallardo’s Facebook, Twitter, and Instagram. The winning entries will be double-checked. The winner will have 48 hours to successfully claim the prize or we will draw a new winner! 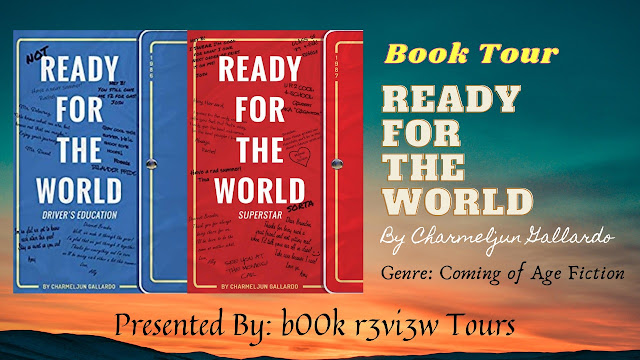 Ready For The World - Driver’s Education:

All Brandon Delacruz is asking out of his young life is popularity, riches, and the girl of his dreams. But what he does have are good grades, a ten-speed bicycle, and his two lifelong friends, Josh and Ally, at his side. And together, they’ll navigate their way through the rigors of high school life.

But unlike high school, real life doesn’t come with study guides. Brandon realizes that the girl he’s always dreamed about has been there all along. And as he untangles his feelings for Ally, something tragic happens to her family that changes everything. Now, Brandon will spend the rest of the year balancing his romantic feelings for Ally and his life-long friendship with her while also dealing with tough teachers, classes, and toughest of all, meeting the Filipino parental standards.

Brandon will learn that the world moves pretty fast, whether he’s ready or not.

Ready For The World – Superstar:

Brandon Delacruz is destined to write the next great novel. At least, that’s what he hopes what’s in those stacks of notebooks around him. And why shouldn’t he be full of confidence? He’s doing great in school and after a long hard road, he finally has the girl of his dreams, his best friend, Ally.

But before the year can even start, Brandon’s life is turned upside down. Nothing is what he thought and things don’t happen the way he hoped. And as he sifts through his feelings and tries to make sense of everything, he meets Rachel, a confident and self-assured girl that doesn’t suffer fools lightly.

Ally has been the love of Brandon’s life, but things between them have become complicated without explanation. While he and Rachel are seemingly a perfect fit. Which girl will he choose? And more importantly, which girl will choose him?