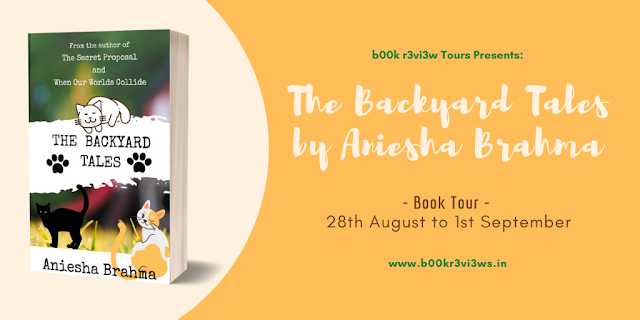 The Backyard Tales speaks of the bond between 17-year-old Mia Basu Roy and her beloved cat, Pippo. She seems to understand him far too well for a human. And he seems to have another life that Mia begins to suspect. She follows her cat to their backyard and down a very dangerous road that sweeps her away to the realm of witches, talking animals, and something that’s much bigger than what she initially suspected.

Read the story to discover all of Mia and Pippo’s secrets, be enchanted by magic, and get the answer to a question that has haunted us for ages: does a cat truly love their owner? 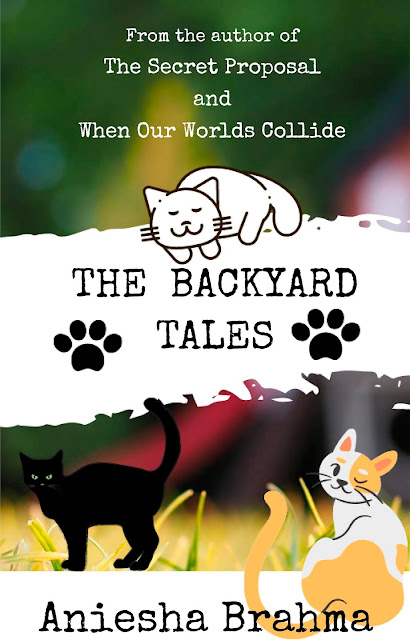 Cats are inquisitive, but hate to admit it. - Mason Cooley

Pippo had often heard his mini owner recall old times when she and her friend, Shekhar, had dared each other to go to their house’s backyard. She had laughed about the idea that it was probably haunted, because she knew for a fact it couldn’t be. He knew otherwise now. Only, it wasn’t haunted by spooky spirits. It was haunted instead by a witch. The Witch all the animals seemed to be scared of.

“So the backyard, is haunted?” Pippo said in a breath, “Only by…her?”

“Has Brown and White finally answered my summons?” asked the Witch, now coming into focus.

She looked exactly like Pippo had seen in the television shows Mia would watch. She was clad from head to foot in black. Even her nails had been painted in black. Only, she was exceptionally pretty, almost as though her beauty was bewitching. And on her shoulder was perched, Mr.Crow.

“She means you, fluffy head,” said Brown, swatting Pippo lightly on the head.

“My name is PippoBasu Roy,” growled Pippo, angrily at Brown. He licked his left paw, and rubbed the same against his ears.

“Oh, he’s a keeper,” hooted Brown, “Since when do cats have surnames?” “Enough!” thundered the Witch, “I will not have any of that in my courtroom.”

“Courtroom,” whispered Pippo in shock. Recovering a little he spat, “Who are you kidding, lady? This is my mini owner’s backyard.”

“Mini owner!” thundered the Witch, narrowing her eyes at the new member of her little animal kingdom, “Do you not know you belong to me now?”

“I belong to no one,” Pippo snarled at her, “If anything – mini owner belongs to me!”

“Indeed she does,” laughed the Witch, “Tell me, if I were to kill you now in cold blood, would she come and stop me?”

She inched nearer to Pippo, who stood his ground. He growled, baring his teeth, waiting for the perfect opportunity to strike.

“Do you really think biting me is going to get you anywhere, you obnoxious ball of fur?” asked the Witch, “I am a witch, damn it.”

“Now,” said Pippo, not taking his eyes off her for a second, “Do you have a name, Miss Witch? Or should I just keep calling you Witch?”

He got smacked on the head by White Little almost immediately, “Don’t laugh. Don’t you see how serious this could get?”

Young Adult and Children’s novelist, Aniesha Brahma, studied Comparative Literature. She started her career has as a social media manager in a publishing house. Currently works as a senior content writer in a digital media agency. When she is not working, she is dreaming up stories, conducting sessions for her popular YouTube Series, Chai & Chill, or planning how to get even more books and bookish content to readers via BUZZ Magazine. You can read more of her work at Aniesha’s Musings and drop a line at: aniesha.brahma@gmail.com 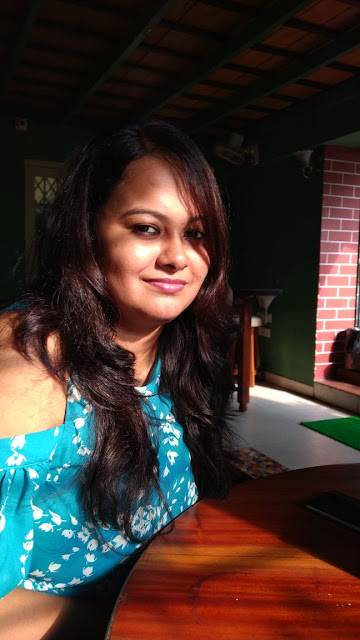