Surge On Like a River is the English translation of the Tamil book titled ‘Nee Nadhi Pola Odikondiru’, originally written by Bharathy Bhaskar, a Chemical Engineer and an MBA, who is a banker by profession. She is also a popular columnist and speaker, and a household name in Tamil homes, thanks to the debates and shows she has spoken in.

The essays are written in a simple, engaging style, and filled with profound insights. These nuggets of wisdom primarily draw from the author’s life experiences and her empathetic observations of the people and situations around her.

This English translation by V. Shyamala captures the lively nature of the original, bringing it to a wider audience with the idea that the readers who do not know Tamil should not miss out on the wonderful collection. 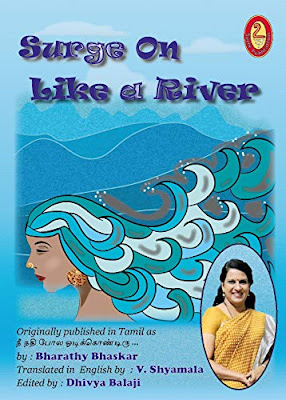 Bharathy Bhaskar, noted for her thought provoking insights and observations on the world around us that is plain to see, yet often ignored, have struck another cord with this book that so efficiently deals with the every day topics that we either turn a cold shoulder against or those that are conveniently ignored. Each chapter in the book is a recollection or rumination on a particular incident or a dialogue that has enabled her to dive into the 'way of the world' and give it an unbiased third person's point of view.

Quoting Jorge Gonzalez Moore, “The translator is the author’s accomplice.”, V Shyamala has categorically repainted the book into a paint that even the blind can see! Borrowing from Jose Saramago, "Writers make national literature, while translators make universal literature", V.Shyamala had taken upon herself the Herculean task of translating something, not just in essence, but also in meaning and character with an unfailing resolve that has evidently panned into the clarity and precision of this Translation. It retains those Tamil quips and quibbles or words that cannot translate its depth in English, which somehow finds a place in the reader's heart where it seems more authentic and the character of the author feels preserved as if the author herself is directly in discourse with the reader.
Bharathy Bhaskar in the book says :

Have you ever taken a pebble from the depths of a river and pressed it against your cheek with eyes closed, enjoying its cool smoothness? Wasn’t that pebble also once a sharp stone with jagged edges? It smoothened its rough, tearing edges under the torrential flow of the river. Entrusting ourselves to the great river called life, and gaining serenity and coolness alone will make our journey towards old age a pleasure, would it not?

There was so much meaning and thought in this line where we are, by all means shaped and smoothened by our life like how a river shapes a jagged, rough stone into a soft smooth pebble that everyone would want to grip in their palms. The book is resplendent with such thought-provoking epigrams and aphorisms. The line which goes "...​we have the itching compulsion to mentally touch the parts of our heart that pain, the tears that we shed years ago, the hatred we carried towards someone, rejections we faced; that we have kept safe say, ‘ssssss, that pains’, and get a jolt of heated gratification from it.", so vividly portrays a trait that is common to all mankind, with no exceptions.
The outlook of the world and the gender bias and the unnecessary turmoil people cook up in the name of success and achievements falls under scrutiny in the book and  she rightly says , "​‘Go to work at the cracker company and fill my cup of alcohol,’ say the uneducated parents. Educated parents dictate, ‘Win in the television competitions and fill my goblet of pride’". The innocent verbose childhood that happens to be a girl, who is constantly scolded for being too talkative asks, ​“Aunty, what does ‘vayadi’ mean?” “A girl who speaks a lot.” “Then what is a boy who speaks a lot called?” I had no reply. Nor did Tamil. What could Tamil do? It is not the language that forms words. It is only humans who do that" . Such profound  is the thought that comes in reply to the little girl's words that prompts to question the very source of language and how these common phrases took shape.
On the very hyped up issue of colour complex, Bharathy directs our attention to the more common and prominent ideologies that still percolate our concepts :
​

When the Olympic Games were held in China, the theme song was actually sung by a young girl. But on stage, it was another ‘beautiful’ child who lip-synced to her honeyed voice. The girl who had sung it probably stayed at home, crying.

...Are we as a society so completely brainwashed to think that fair skin is the only definition of beauty? Since the beginning of human civilization, taking care of our faces, bodies, and hair, and taking efforts to reduce the faults in them has been a continuing practice. There’s nothing wrong in this. It is natural to strive for a pleasant appearance...


...We cannot underestimate the boost of self-confidence given by a presentable look. But when it crosses a particular limit, it ends up draining one’s time, money, even saps the strength of the soul; and leads to a parched dreariness without any constructive thought; and when the idea that ‘we need to look beautiful’ becomes an all-consuming desire to portray oneself as seductive, this issue changes direction.

Another cliche concept is of woman as that all bearing, ever stoical pillars of the household who should be the slave, the servant, the slut, the strength, the face and the shield of the family. If there's an argument, she should solve it, if there is a fight with the neighbour she should fight like a queen, the unending demands and expectations laid down on the one in the kitchen, the cleaner, the cook, the washer, the mediator, the massager, the tutor, the connector and the whatnot! Even the books and the films and soaps portray such stereotypes that they set out to be the touchstone for a perfect woman. And like Bharathy lays it down plain :

​“I have to do it myself. Seeing me exhaust myself, everyone around me should melt, praising me, ‘you burn yourself for others like a candle’” is a secret thirst that never leaves women.

The women simply are forced into accepting this thought.
Apart from these, the book is also an insightful read into effective and successful parenting, and also helps as a boost to those self-doubting women out there who are griding under the pressure of expectations and misconceptions. We are, after all, human beings just like anyone else.
I wouldn't strictly classify this book as a feminist propaganda or a discourse to side with a marginalised portrayal of womanhood. That would be wrong, as the author herself is an empowered figure who is both a working, thinking woman and a caring , loving family-person. The aim is to not forward an ideology or perspective but to open our eyes wide at all that we prefer to close it against and to nudge us to those observations and understandings that we are, like I stated earlier, conveniently indifferent to. 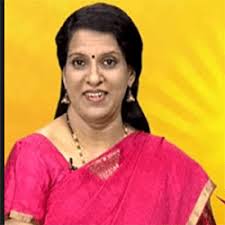 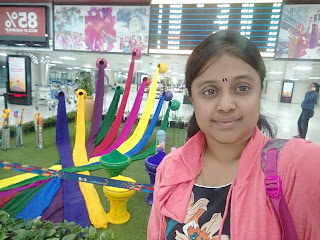 V.Shyamala is a cost accountant, a homemaker, and a writer. She loves to weave stories and is on a continuous quest to seek new and creative ways to teach children. When not writing, reading, or thinking up stories, Shyamala mentors CIMA students, strives to workout, loves tweaking South Indian heritage recipes, and translates Tamil words to English. She is also a member of AWIC (Association of Writers and Illustrators for Children) and volunteers at a local library twice a week.

Catch with Up V. Shyamala on Social Media

Magicauthor.com founded by Mr.Saptharishi Suresh   MagicAuthor.com  was founded in the year 2012 by Mr. Saptharishi Suresh, with a humble mission to help aspiring writers to establish themselves. Mr. Saptharishi Suresh is an avid reader and a published author. His challenges with publishing his first book compelled him to think of something else, a platform where writers can publish their work without the hassle. His journey to create MagicAuthor.com was a long road. It took him nearly 5 years to create MagicAuthor.com and make a recognized platform by authors, readers, and publishers. Along the way, he noticed it was very difficult to publish books in regional languages, where there are many options for books in English. So, he wanted to create an online space for the literature that includes English as well as regional languages. MagicAuthor.com , a writing platform for  all age groups , they have started an initiative where kids can upload and
Read more
September 14, 2020